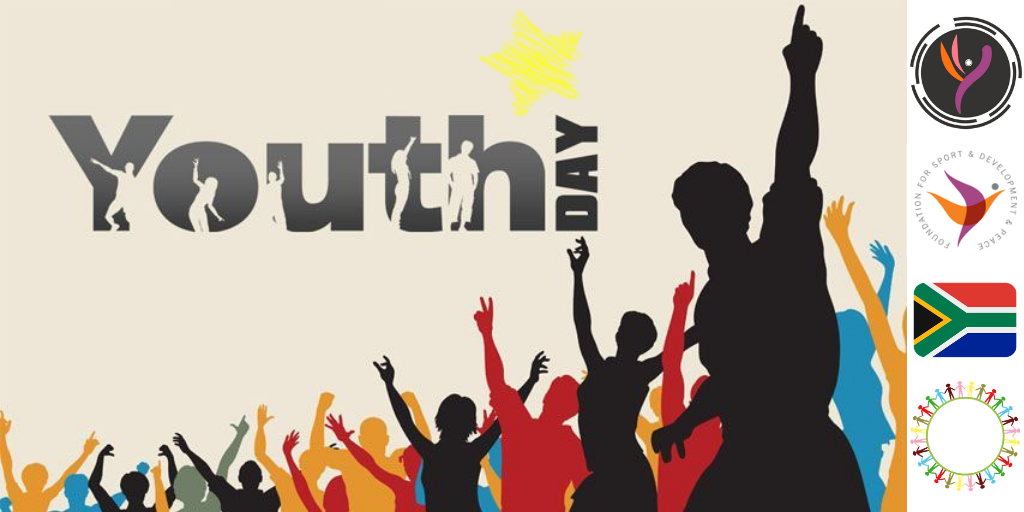 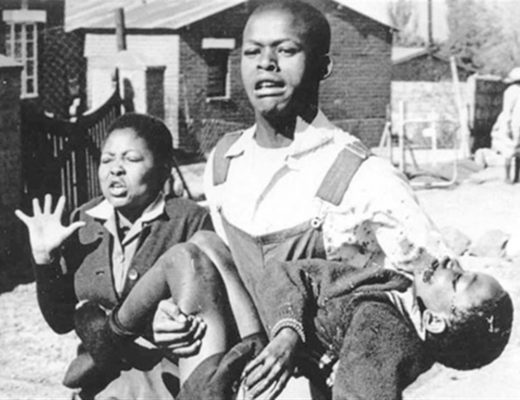 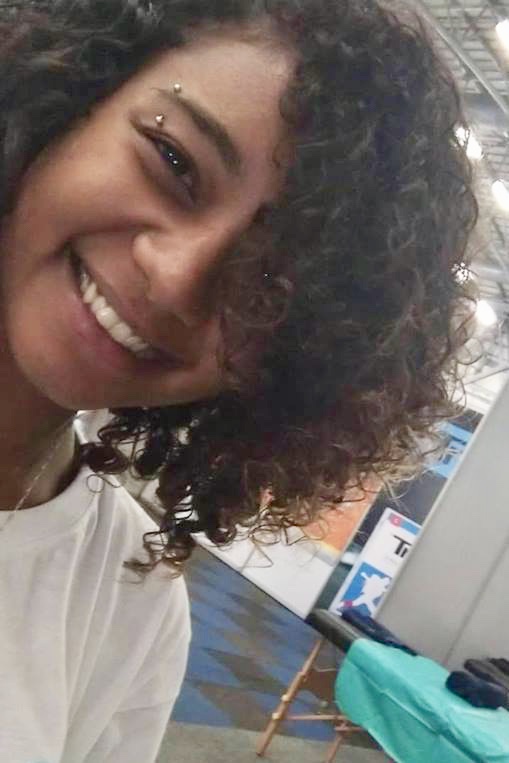 In the preamble of the Constitution, it is stated that Youth Day commemorations are a tribute to the youth who fought and suffered for justice and freedom in South Africa. During the Apartheid era, on 16 June 1976, black students walked out of classrooms into the streets of Soweto to protest against the racist laws that stood in the way of their education. Specifically, a protest against the laws which enforced that the delivery of education be taught in Afrikaans in township schools throughout South Africa. The use of local and inidigenous languages were completely prohibited, and the only languages approved by the National Government  were English and Afrikaans. The protest began as a peaceful rally and evolved into a confrontation which included violent coercion by the South African Police Services.

Youth Day, which honours the school children whose lives were lost during this uprising in 1976 during the fight for equal human rights, freedom and justice, brings us into reflection of this historic day in South Africa’s democracy. The Foundation for Sport, Development and Peace would like to highlight one of our very own Youth Sport Leaders, who has started to take the values of Olympism (Respect, Friendship and Excellence) into the spectrum of Community Development using Sport, as a conduit. Ms Raedene Lucas, a recent graduate of the University of the Western Cape’s Post-Graduate Diploma for Sport, Development and Peace, and a member of the Activate! Youth Network for Change Drivers, assists in community and leadership development through Activate Programmes for youth members between 20-30 years old, in multi-sectoral initiatives. Since her involvement in the Activate! Youth Network Change Drivers, she has been a part of an Activation team that has contributed to the launch of an Activate Station at Tembisa Ratanga – a hub for all events bringing people together through music, education and culture, in Khayelitsha. At the Activate Station the team engages in youth development and facilitates in-depth group discussions about social, political and economic issues amongst youth and how innovative solutions can be used to drive change for the upliftment of our communities. These are referred to as Hackathons. Raedene began a course with Activate! in March and will complete the course after module two in August 2019.

Youth Day presents the opportunity to focus on the issues that affect our youth today, and encourages leaders in the Governmental, Educational and Non-Profit sectors to implement long-lasting initiatives to empower youth and effect change for the development of responsible and productive youth members of society. As this day is not only about the past, it has everything to do with the present and the future. The Foundation is invested in the development of young people through sport and education, in an effort to uplift determined and focused youth individuals as we all group together to achieve the United Nations Sustainable Development Goals by 2030. Through mentorship, leadership and education, we continue to envisage a fully equal, equitable and democratic South African society, as envisaged in the South African Constitution, This day is not only about the past, but very much about today and the future. Today, we are reminded of our responsibility as a Nation, as well as the steadfast determination and desire for change of and for our Young People, to develop innovative implementation mechanisms, in order to continue driving positive change. 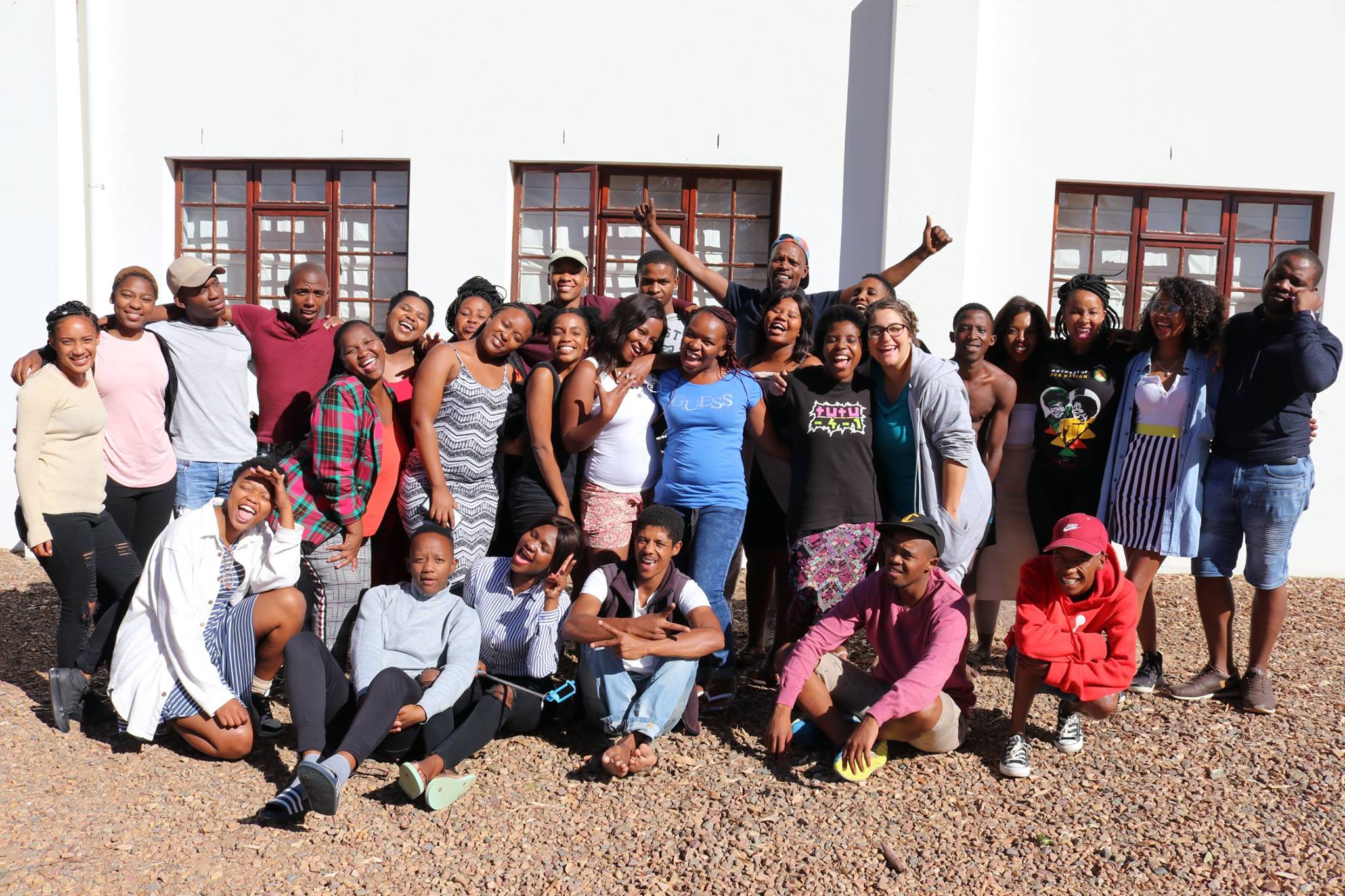 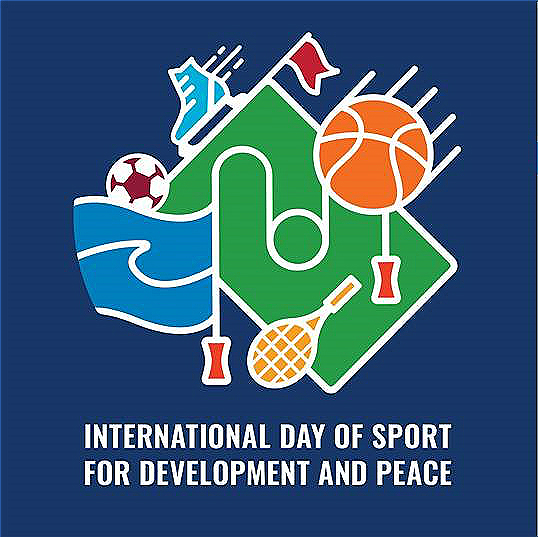 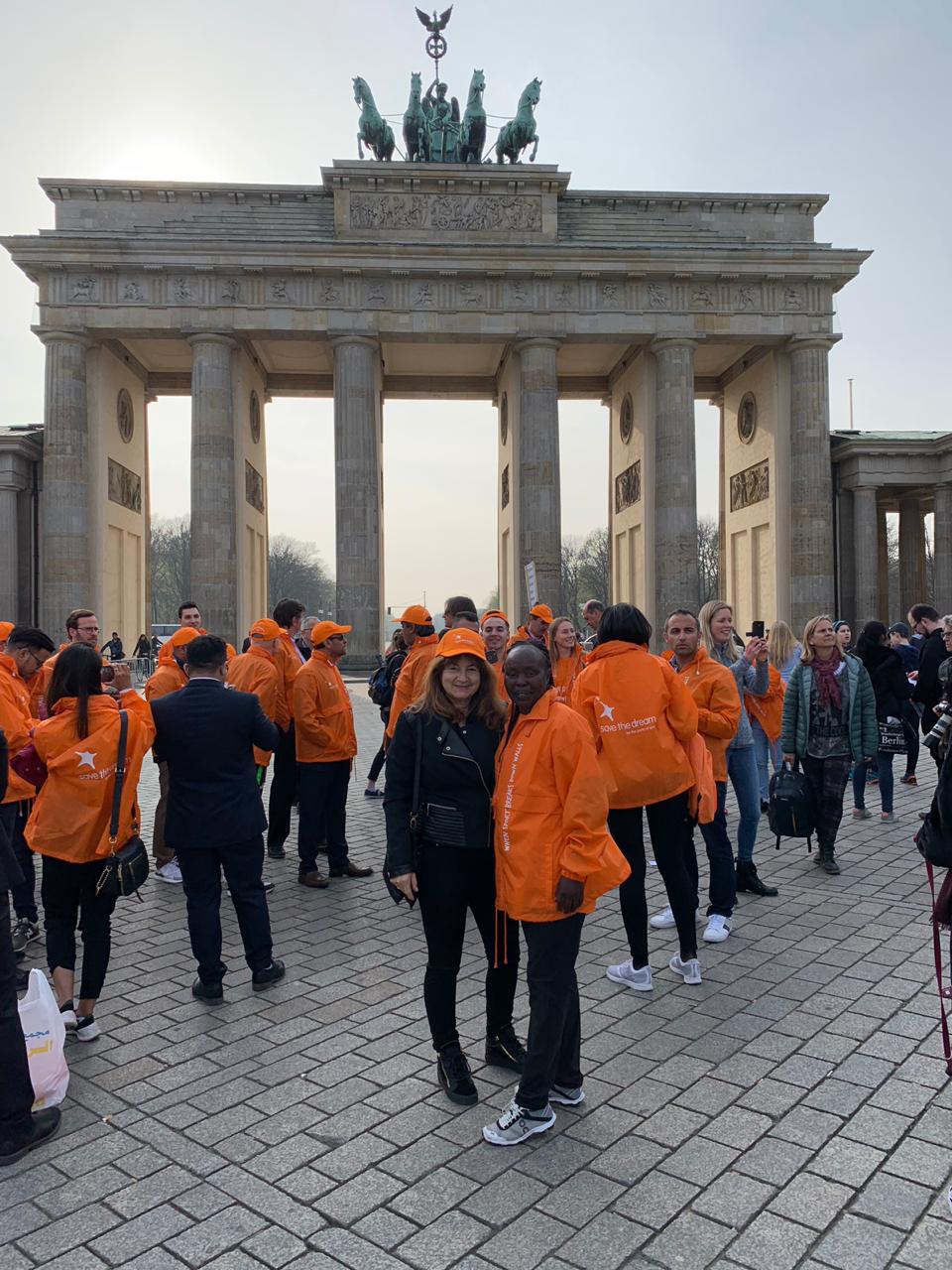 Celebrating the International Day of Sport, Development and Peace at the Berlin Wall, Germany.

The International Day of Sport for Development and Peace (IDSDP) is an annual celebration of the power of sport to drive social change, community development and to foster peace and understanding.

The UN, IOC, Foundation for Sport, Development and Peace, Governmental and non-governmental partners across the globe, unite every year to celebrate the power of sport in restoring communities. We are incredibly happy to be carrying out this mandate, changing the world – one physical activity at a time. 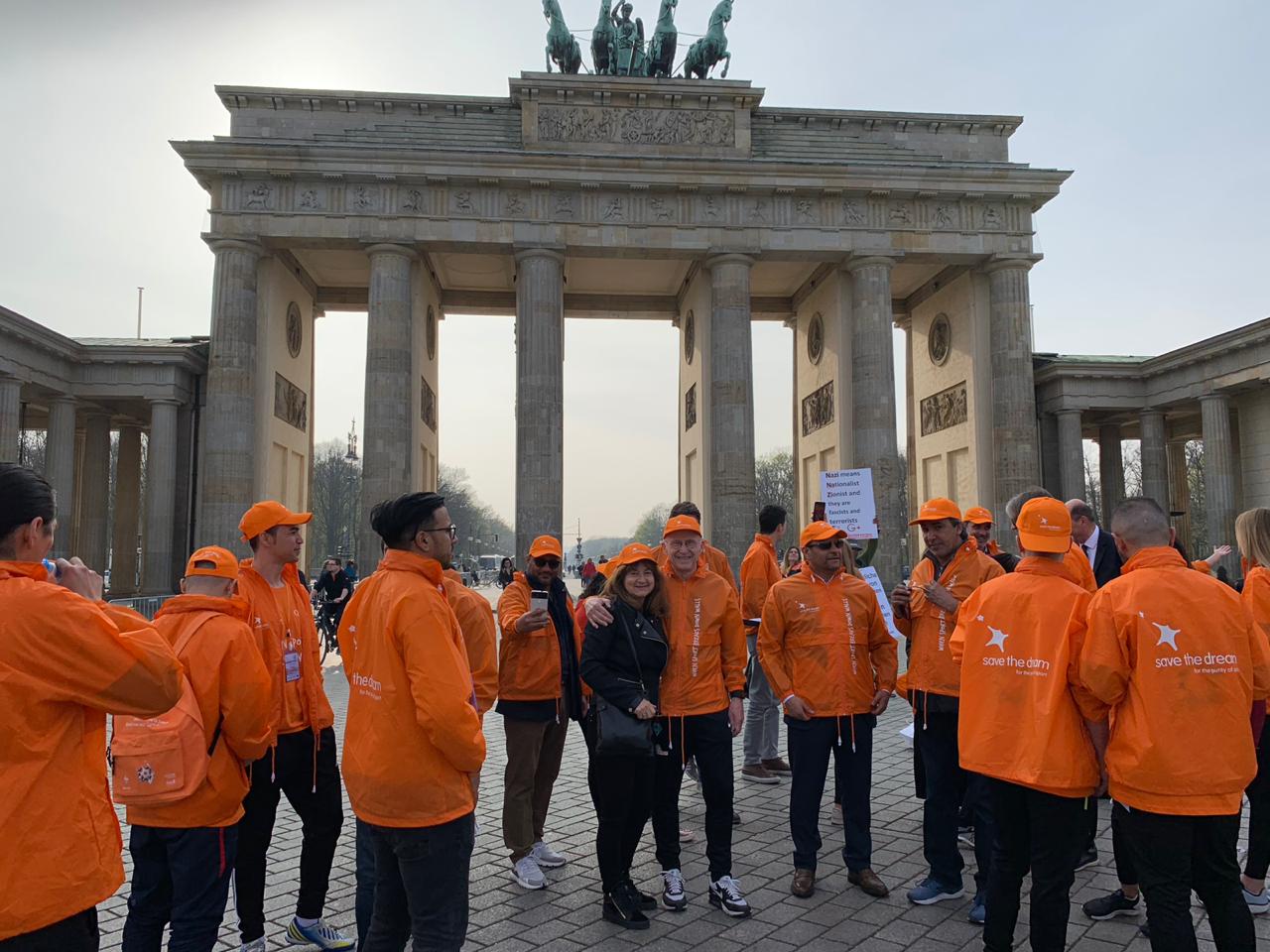 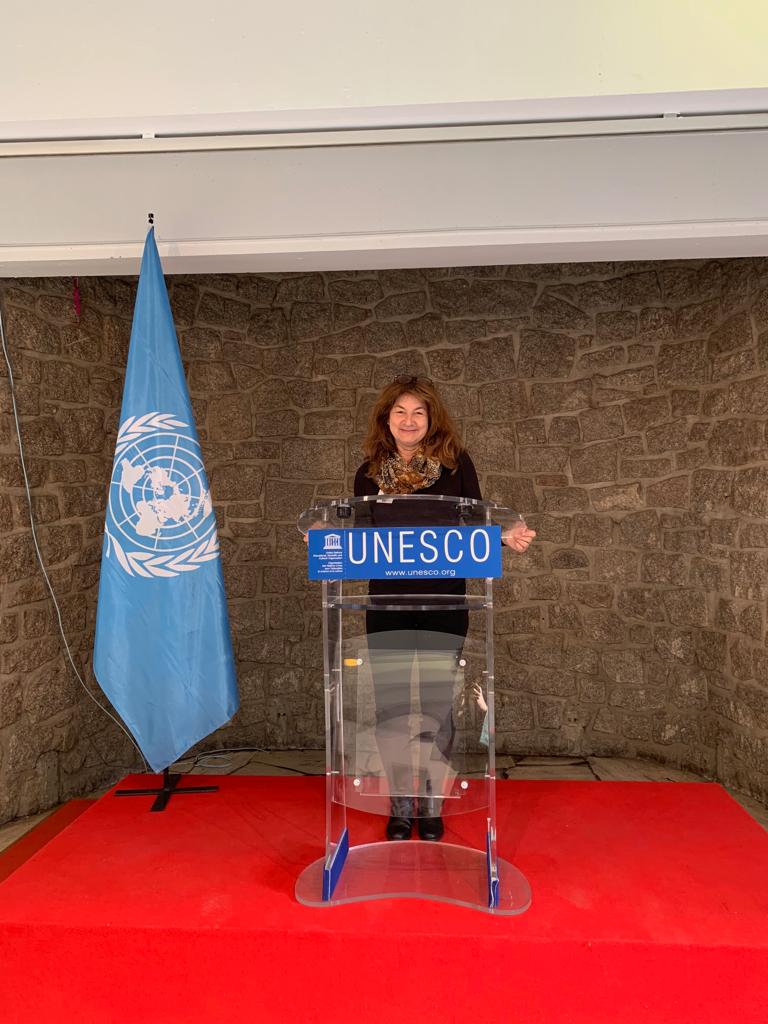 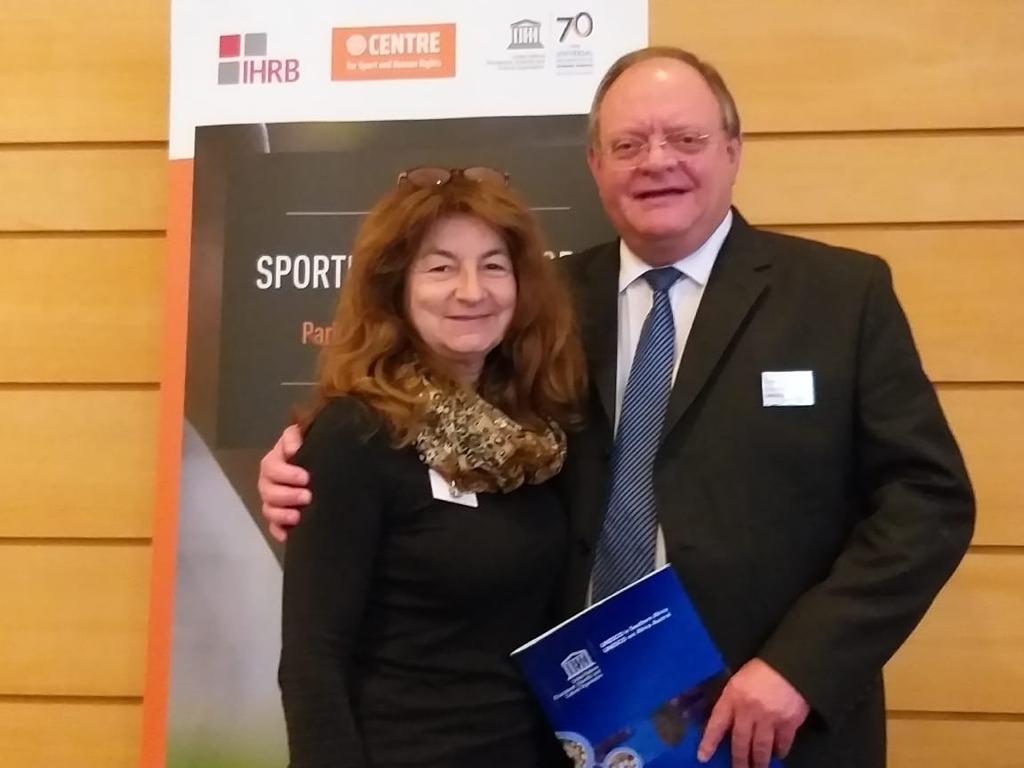 Dr. Marion Keim and Deputy Minister Gert Oosthuizen join the United Nations in Paris, in celebrating 70 years of the Declaration of Human Rights.

Dr. Marion Keim attends this year’s Human Rights Day (10 December 2018) which marked the 70th anniversary of the Universal Declaration of Human Rights (UDHR). The United Nations considers The Declaration as a milestone document in the history of human rights, which provides the foundation for the respect, protection, and fulfillment of the human rights of all people at all times in all parts of the World. Dr. Keim was joined by Sport and Recreation South Africa’s Deputy Minister, Mr. Gert Oosthuizen at this auspicious event. In its recognition of the inherent dignity and the equal and inalienable rights of all human beings without discrimination, the UDHR released a new vision of and a renewed commitment to the promotion and protection of human rights. The Foundation for Sport, Development and Peace believes in Human Rights, and advocates for Sport and Recreation endeavours to provide indivudals and communities with an increased awareness of their Human Rights through engagement with sport. Harnessing the power of sport, and using the principles found within sport, we are able to help individuals and communities learn about discipline, autonomy and endurance in more holistic ways that effect positive change in personal and family life. It is with this mindset that the Executive team at the Foundation for Sport, Development and Peace, are continuing to adopt, in order to carry out objectives for projects in Sport Development, for lasting and effective results.

Read more about the 70 years of the Declaration of Human Rights here.

Celebrating the potential of Sport, as we unite to combat HIV in South Africa.

WORLD AIDS DAY 2019:
Uniting with the South African National AIDS Council and the City Football Academy (Manchester, UK), at the Brackenfell Sports Arena to celebrate the role of sport in combatting HIV among youth of all races and genders.
.
Our Youth Network and Foundation Board members, Kirby Phillips, Christo De Coning and Warren Lucas represented the Foundation at this prestigious event. We advocate for the lessons learned through participation in sport, such as discipline, balance of body and mind, and autonomy, to facilitate the necessary life skills to make educated and safe choices for health and wellness.
#SportDevelopment #Sport #Resilience #Health #Wellness#Participation #Lifeskills #Recreation 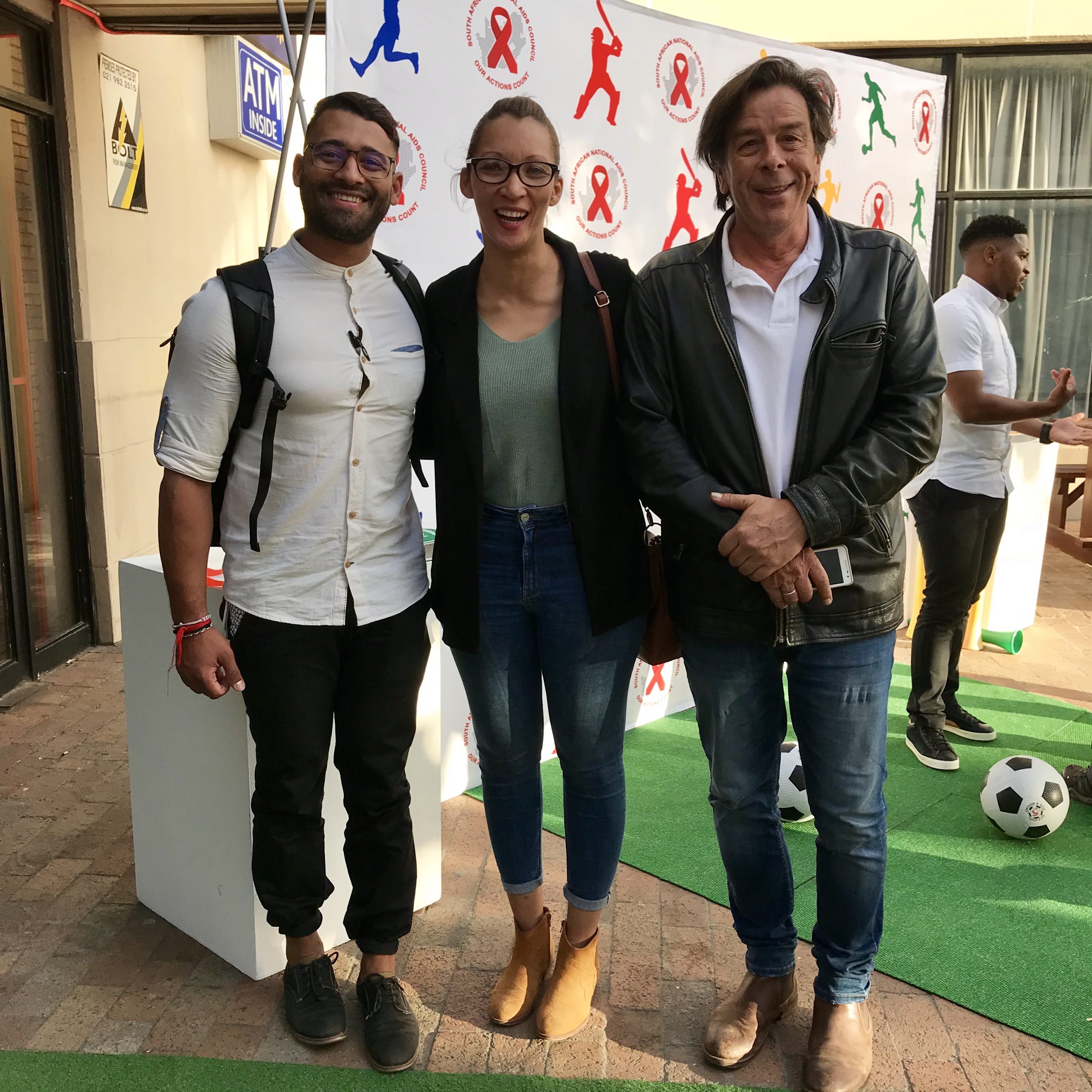 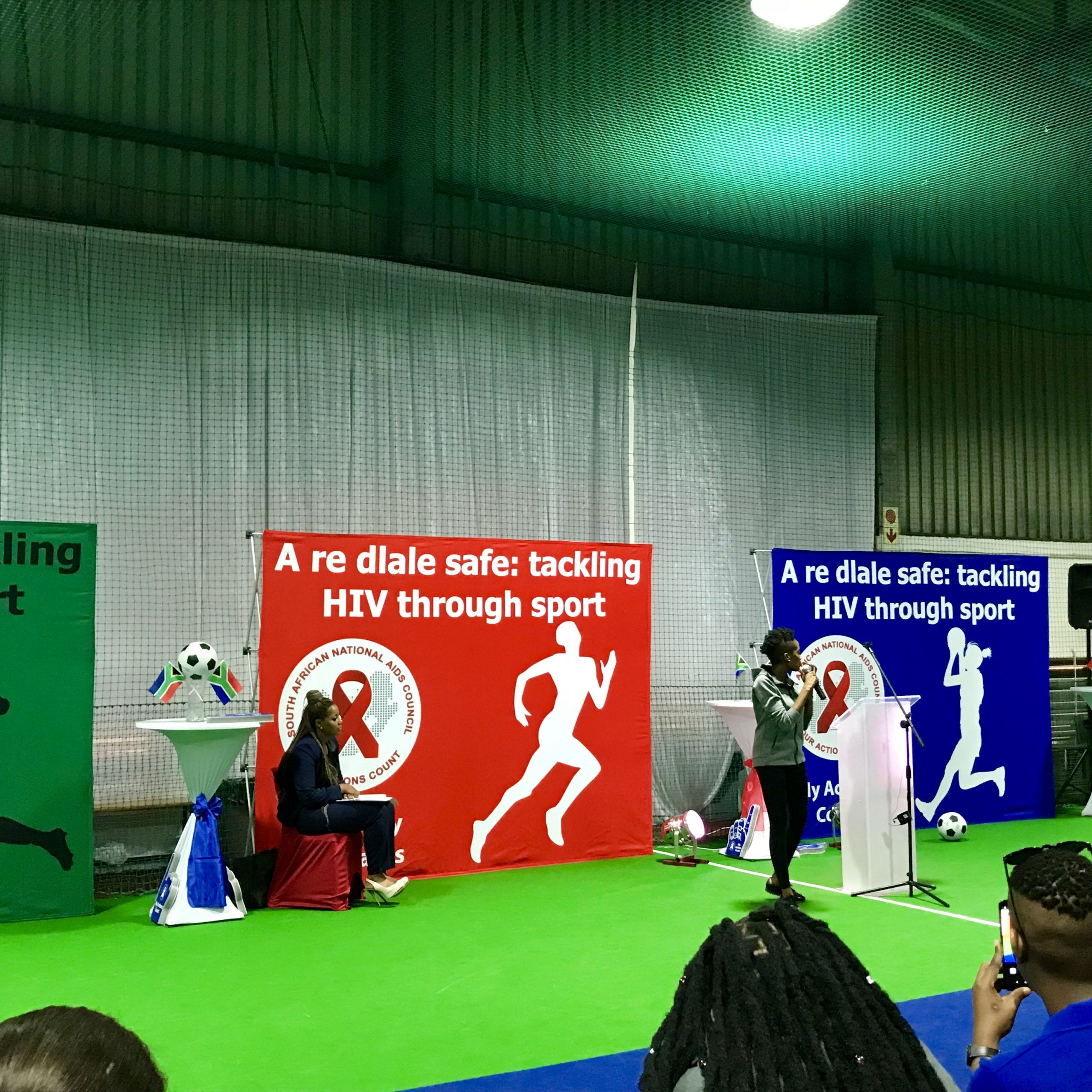 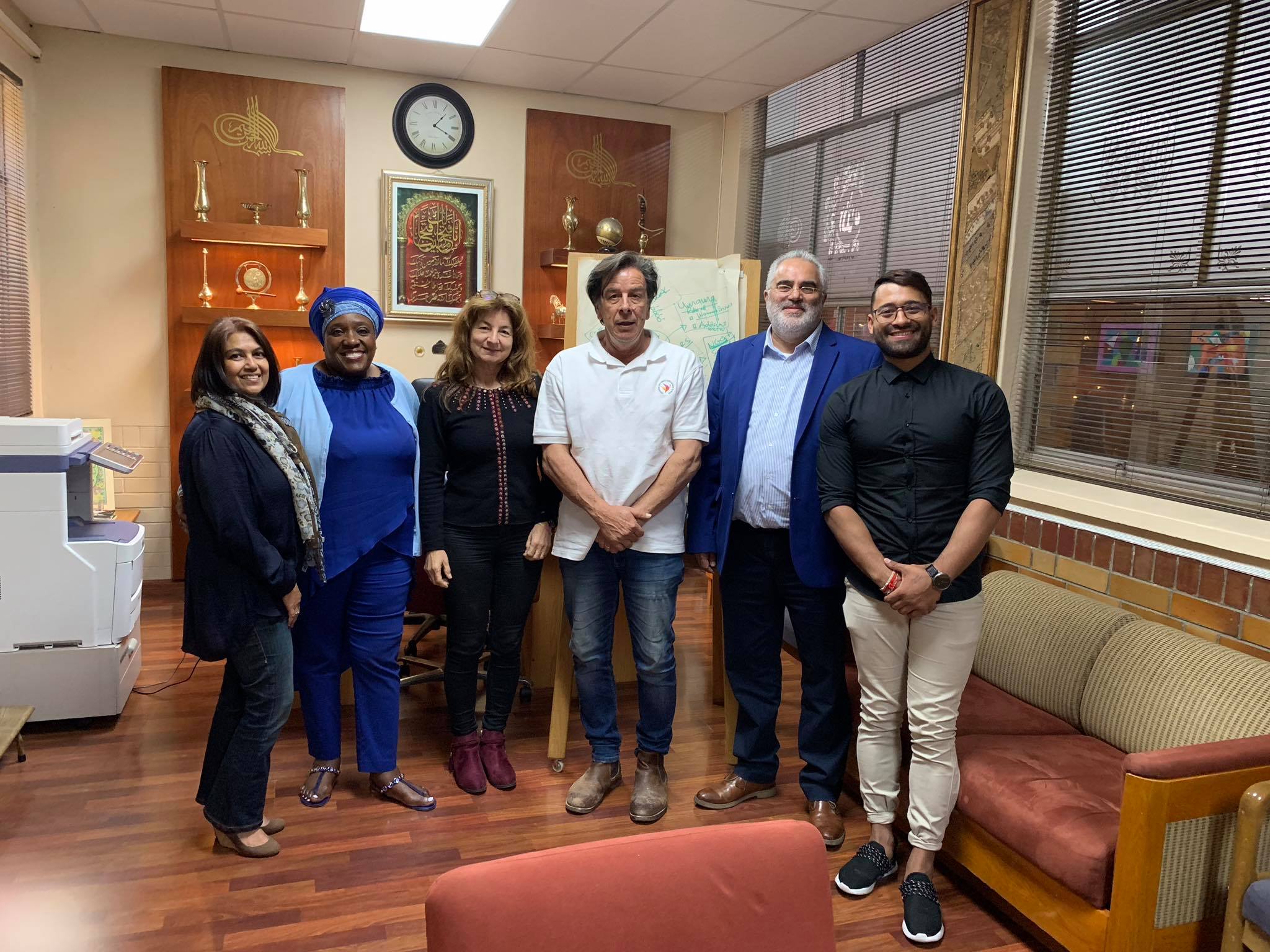 Planning for the future!

As the year draws to a close, the Foundation for Sport, Development and Peace Executive Committee gathered together at Habibia Primary School in Athlone, to plan activities for 2019 and beyond. We are in a very great space at the moment with activities that encapsulate and include members from all groups of the community. Stay tuned for an Events Calendar for 2019 which should soon be released. Present at this meeting was (from left to right), Ms Nariman Laattoe, Ms Thandeka Tutu-Gxashe, Dr. Marion Keim, Professor Christo De Coning, Dr. Anver Desai and Mr. Warren Lucas.

This event was brought to you by a unique partnership of the Foundation for Sport, Development and Peace in collaboration with Western Cape Department for Cultural Affairs and Sport, Nedbank, the Nelson Mandela Foundation, the Robben Island Museum, the International Pierre de Coubertin Foundation, the Western Cape Network for Community, Peace and Development, the Global Sport Institute, the Association for International Sport for All, the Cape Town Sport Council and their partners.

Our overall aim of the conference was to look at how we can take Madiba’s vision for sport forward in 2018 and beyond. In the midst of local and global political challenges and international leadership changes, the focus on the importance of universal values and global governance has become paramount. We believe that Mandela’s belief in the power of Sport to change the world and his support for the Olympic Truce to promote a peaceful society concerned with the preservation of human dignity and the harmonious development of humankind, should be supported, also as it contains a vision from which we all can learn and to which we shall all aspire to.

We had a very special Youth focus this year: For the very first time, the Conference will be hosting the 1st African Youth Forum of the International Pierre de Coubertin Committee (CIPC) with 60 participants joining us for the pre-conference programme from 15-19 September. The Youth Peace Heritage Game will also again be offered this year. 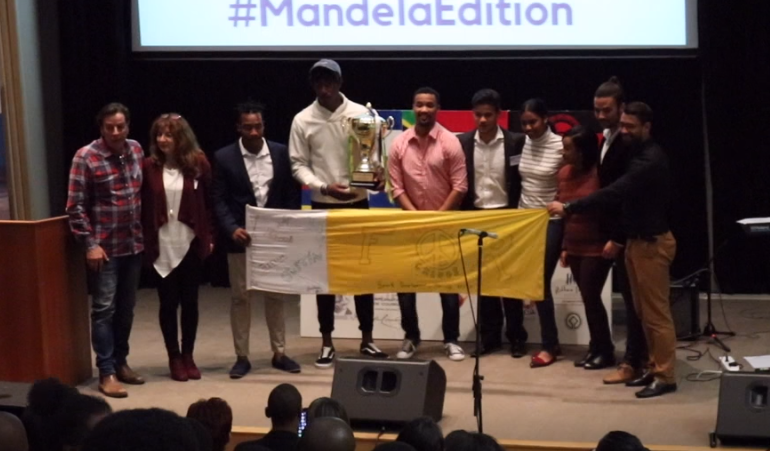 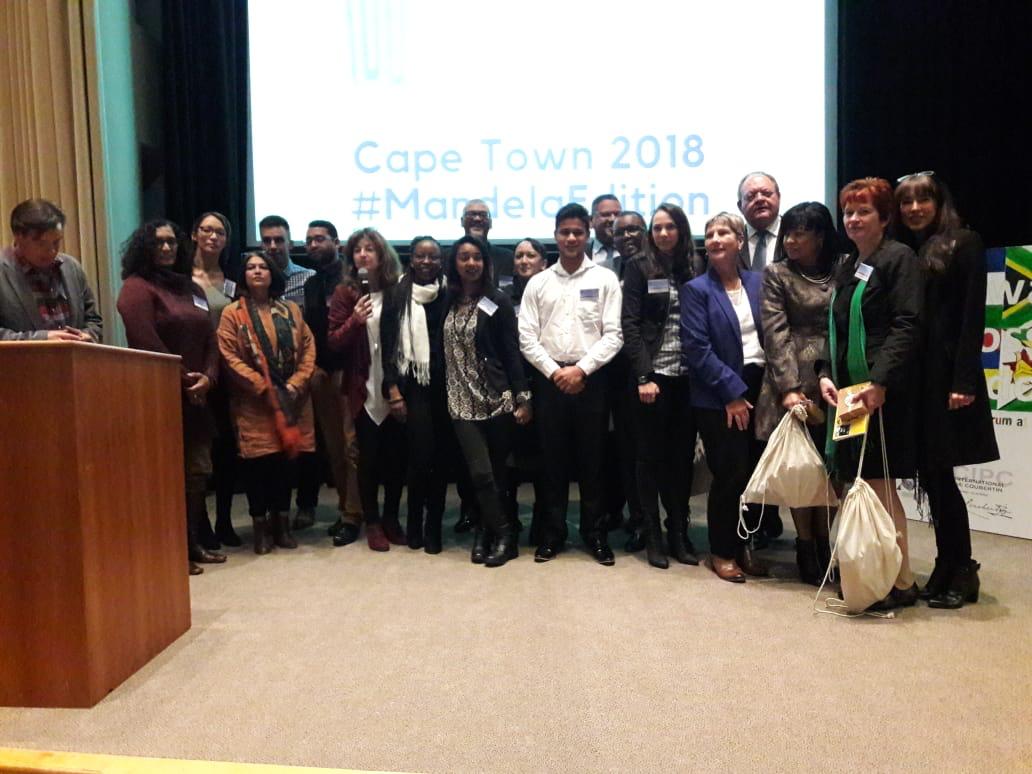 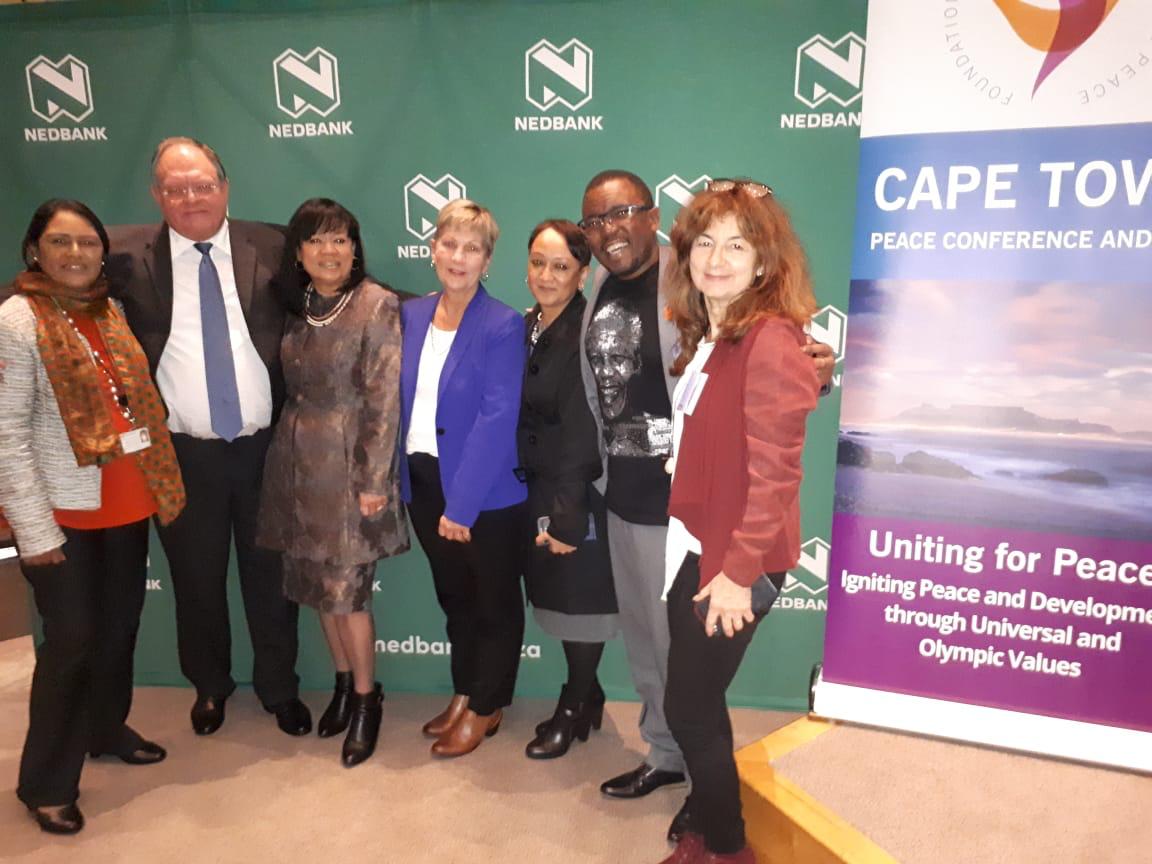 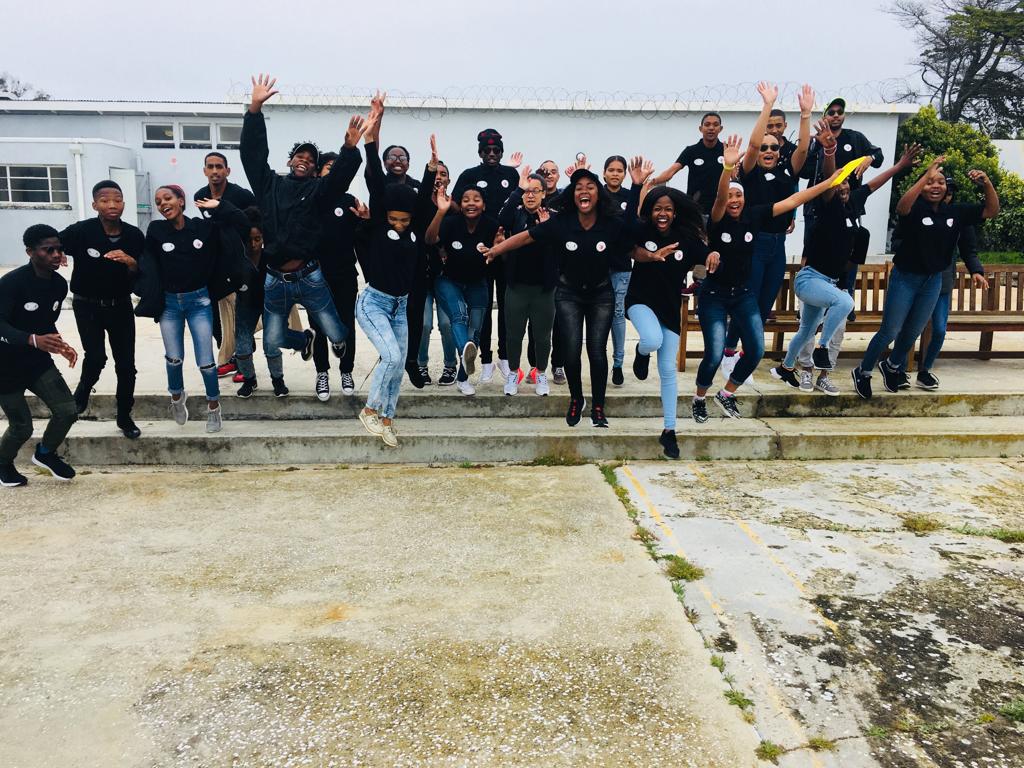